General Ramiro Posada is a secondary character in The Book of Life. He is María Posada's father and general of San Ángel's army.

He is a serious man and even occasionally severe; especially with his daughter Maria. To who tries to impose his ideas of how an educated young lady should be.

But he is also a father who really loves his daughter and a general who cares about the welfare of the inhabitants of San Ángel.

Role in the film

He is the father and the only appearing parent of Maria. Despite seeming a very overly strict parent, such as when he sends his daughter off to Spain so that the nuns there will teach her to be a more proper young lady, he still cries when saying goodbye to Maria before she boards the train leaving for Spain.

General Posada does love and care for his daughter very much and dearly, but expects her to follow in his expectations and marry Joaquin so that he will remain and protect the town of San Angel from Chakal and his army of banditos instead of going off elsewhere to fight bandits. 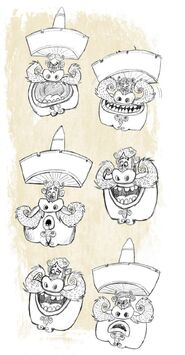 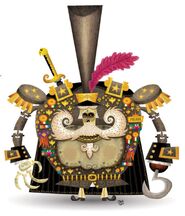 Retrieved from "https://bookoflife.fandom.com/wiki/General_Posada?oldid=10405"
Community content is available under CC-BY-SA unless otherwise noted.