Land of the Forgotten

Under the Land of the Remembered, which is under San Ángel

The Land of the Forgotten is home to the forgotten, the souls of those who are no longer remembered by their living relatives. It lies underneath the Land of the Remembered, which is underneath San Ángel. The dark and gloomy Xibalba is the ruler of this land. Manolo passed through it when he was looking for La Muerte.

Xibalba's stronghold and home sits close to the center of his kingdom and realm. The castle looks more like a leaning tower, with walls of stone, a moat of molten lava or a lake of molten lava, a bridge in the shape of a snake, and a carving of a two-headed snake built in, it truly looks fearsome.

Inside the castle of Xibalba can be seen a mural with the faces of him and La Muerte in the throne room. [1] 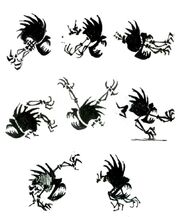 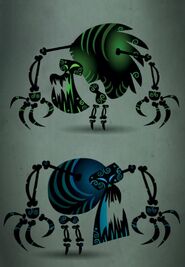 Retrieved from "https://bookoflife.fandom.com/wiki/Land_of_the_Forgotten?oldid=10045"
Community content is available under CC-BY-SA unless otherwise noted.